One of the things we preach about is looking at ‘owned’ media first. So often our industry thinks about ‘paid’ media first instead of the opportunities that already exist through using resources the client already ‘owns’.

It sounds so simple and yet time and again it is overlooked when it should be the first thing that’s considered.

We want to share a small example of this with you. We’ve been working with the Wizard of Paws recently. They are a small, privately owned company specialising in all things for dogs and their owners. It’s a niche market and as a small company they don’t have a big budget to promote the opening of their second Glasgow shop next month.

The shop is on Queen Margaret Drive, the people likely to visit that shop will live fairly local to that street. The area has easy access to two of the city’s best parks as well as the River Kelvin walkway, so it’s popular for people walking their dogs.

So, whilst the shop is being fitted, make use of that space in a way that speaks directly to the target market. Better still the ‘media’ charge it the cost of a window vinyl. 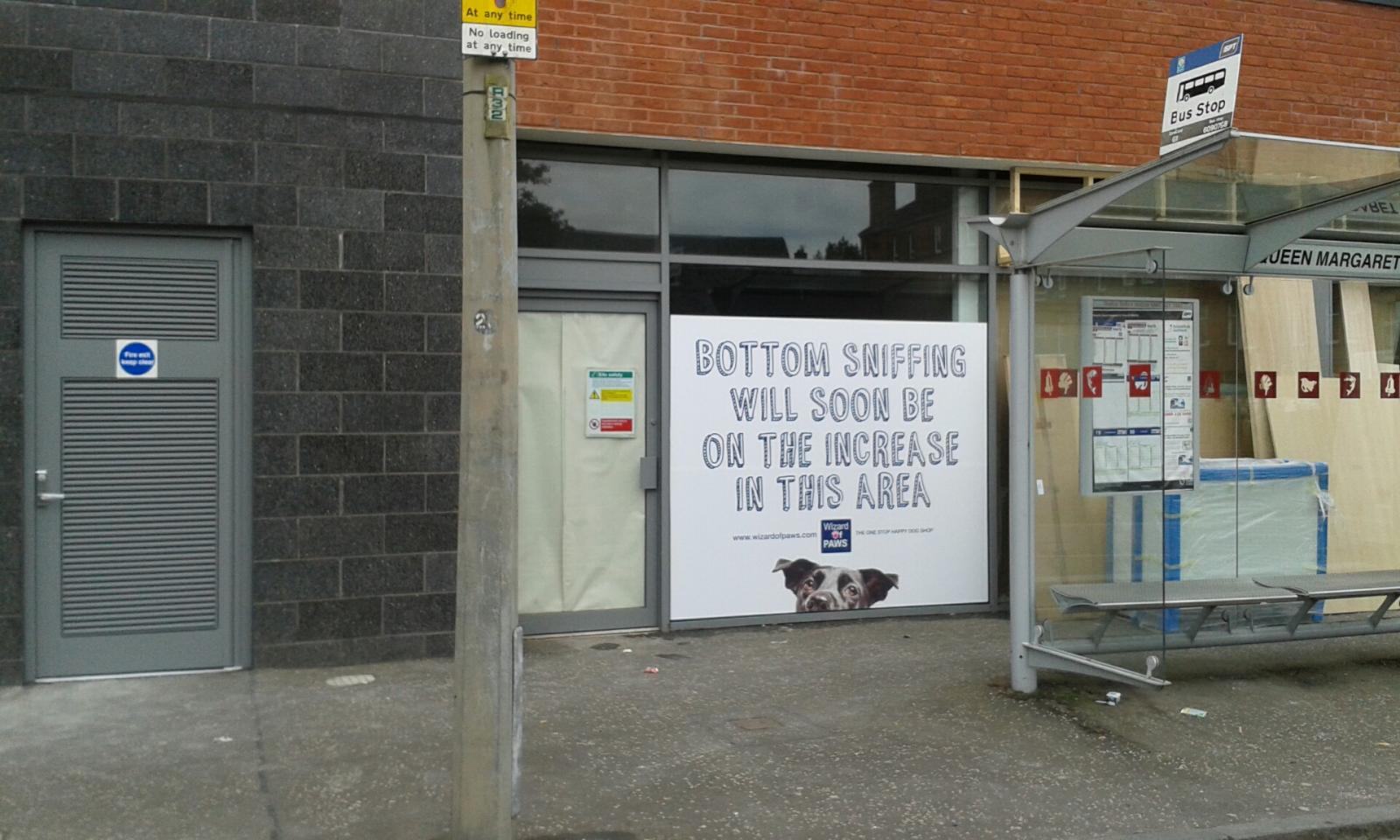 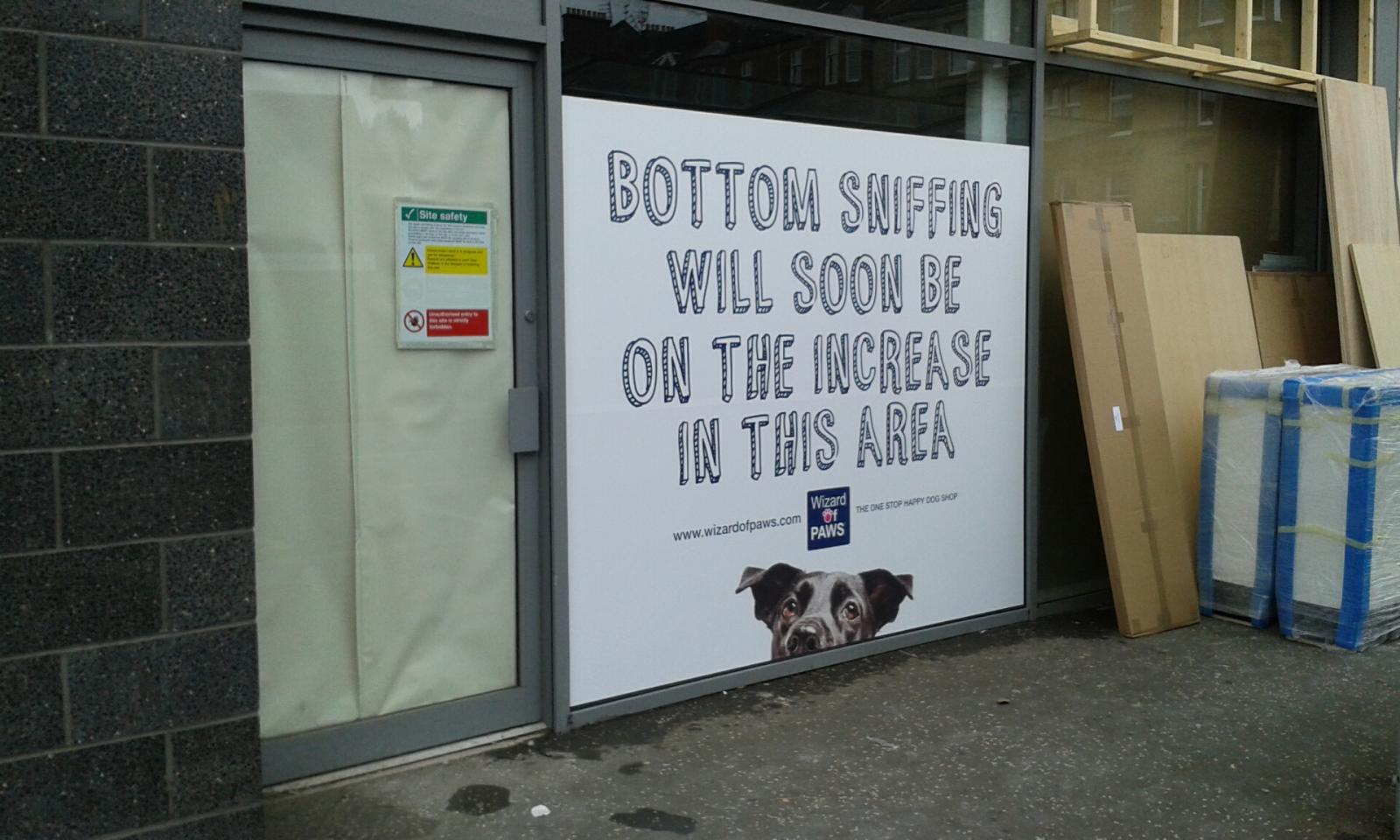