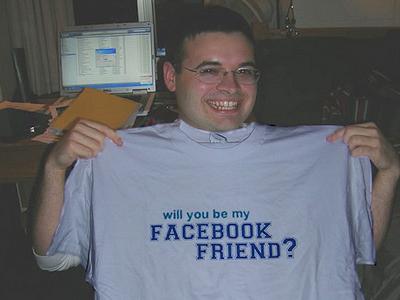 This week Director of Strategy, Peter Clayton, delves into the murky world of un-social media.

Social media has been creating a lot of noise for some time now and it’s a noise that’s only going to get louder. It’s also one of the most badly used marketing disciplines we’ve ever come across.
Everyone clearly knows how important it is, but the speed at which many are claiming they have ticked the social media box by slapping up a Facebook page and scribbling the occasional Tweet is truly frightening. Some have really nailed the entire concept by ‘pinning’ things too. Woah!
If a lot of companies translated their social media strategy, which can consist of nothing more than “we know we have to have it” into traditional advertising, and the enormous costs associated with it, they’d go bust in an impressively short period of time. Which is never really the over riding ambition of a marketer. Or shouldn’t be.
Shoot a TV commercial and the person picking up the bill is all over it like a rash, will listen to virtually any opinions coming from research groups and will eat more value from the on-set catering trucks than they often put behind social media.
Let’s start with what social media is, before the black art of the technology and what it can achieve even starts. The term social media seems to have lost its literal use. We begin with the word social, because media is simply the myriad of clever channels and the technology behind them that spreads the message to the right target audience; in other words, just media.
The word ‘social’ should be viewed in its most basic form. You are Johnny no friends and have decided you would rather like some. How do you do it in the real world? You would find out who these potential friends could be, you try to connect with them through similar interests and slowly start to collect those who learn that you have the same attributes that appeal to them.
Yet all of the above is nothing other than a process, it’s what you say or do for these people that counts and lays the ground to form a relationship. In short, you both have something to give and receive of mutual, entertaining or educational interest.
What I would like you to do now is find a location, a bar, a café, a collective of people who fit within your ideal profile and go and meet them armed with nothing other than the Tweets and Facebook entries you have written on behalf of the company you work for. Try bonding with them by reading them out.
Will the masses warm to you, roll around the floor in hilarity and demand that you attend their next dinner party as a must have guest? Or will they tell you they need the toilet and not come back? Content is King folks and unless your ‘social’ personality is excellent no amount of ‘media’ will change it. In fact, it is one of the fastest routes you can possibly use to inform everyone you want to influence just how boring you are. Imagine the costs of fixing that.
The ultimate litmus test of your social media presence is – are you Granddad dancing at a wedding? It’s technically dancing, but not as we all know it. Yet who would have the guts to use a Sheppard’s crook to remove the old boy from the floor when clearly he’s having such a good time? And as he looks over, while teetering dangerously, he sees everyone laughing along, but perhaps not for the reasons he thinks.
If social media came with a minimum entry fee, it would sharpen most people’s thinking immeasurably.
Now think of the second word – media. Whatever you do think cost, then apply the very same principles of investment, risk and estimated target audience in your social media processes. For any decent social media campaign, simply replace the invoice for paid for advertising space with one for human resource.
No one loses interest in a series of newspaper adverts if you’re paying the bill, the same care and attention is lavished on every single insert. Social media is no exception, and will only ever be as successful as the support you dedicate to it in terms of manpower and budget. Sorry folks, but this is not a free format.
Social media is exactly the same as any potential marketing format available to you and it requires the same level of thinking. Spend time, a lot of time, on your strategy and be very clear what your product or service offers and what the benefits are. Choose your audience wisely and be highly creative in your execution. Then, and only then, decide what marketing format is best suited to what you are trying to achieve.

It’s simple really. And not something we could have told in a 140 character Tweet.